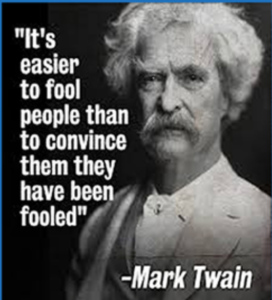 No Lies Radio is a controversial, hard-hitting, truth-telling nonprofit internet radio station broadcasting 24/7 at noliesradio.org. They are an affiliate of the Pacifica Radio network, the same network KPFA, WBAI, and KPFK are in. Theyy also live video-stream important and newsworthy truth-telling events, including the 9/11 Truth Film Festival held every September in the San Francisco Bay Area, Architect's and Engineers for 9/11 Truth's Justice in Focus 2016 event in New York City, and the 2016 and 2017 Deep State panels from the Left Forum conference in New York City.

Summary
The Left Forum, the largest leftist conference in the country, has a history of censoring views they do not support. In 2017, four of our five panels were banned. Our group responded by organizing a highly successful alternative conference we dubbed the “Left Out Forum.”

This year, 2018, all of our panels were banned, once again with zero explanation. Refusing to be silent, we created an alternative online conference for the weekend following the Left Forum and called it Deep Truth: Visionaries Speak Out.

Full Background Story
2016 Left Forum
In 2016, a group of East Coast transpartisan progressives organized six panels for the Left Forum that we classified under the theme “Deep State”—a term at that time just on the cusp of the mainstream lexicon. Our panels were:

A key goal was to insert 9/11 into the Left Forum, an organization which showed little interest in the subject. We were delighted that our panels were approved and well received. Of our six panels, the 9/11 panel had the highest attendance, confirming our intuition that leftist audiences ARE interested in 9/11 truth when presented intelligently and in context.

Early in the submission process, the Left Forum co-directors shared with us a letter sent to them by a Zionist researcher who specializes in documenting hate groups. He claimed that several of our speakers were antisemitic, and made vague threats that they should not be allowed to speak. We vigorously denounced the false, slanderous allegations, although all for naught. The Board—with zero explanation—rejected three of our five panels one month before the conference was due to start.

Panel speakers and many supporters wrote letters of protest, all of which went unanswered. The Board refused to reverse their decision to allow the three banned panels. The entire process had the hallmarks of a secretive grand jury. Then at the eleventh hour under shameful, ignoble circumstances, a fourth panel (on thought crime police no less) was additionally banned.

Resisting the Left Forum censorship, we organizers presented the four banned panels at an alternative venue. Due to a pattern of harassment by Zionists elements, the location of the banned panels could not be announced until an hour before the event began. The “Left Out Forum” was highly successful and ultimately earned our cause far more publicity than our panels would have ever attained lost among the 250 or so other conference panels.

In spite of its success, our “Left Out Forum” was also quite stressful. Should we move forward with the panels? Where? How? With what budget? Would the Left Forum continue to harass us? Would the Zionists protest us and/or forcibly shut us down as they had actually done on other occasions? It was remarkable that we were able to successfully pull off an alternative forum under such duress.

The Rosa Luxemburg Foundation
We subsequently learned that the Left Forum was not really "the decider." That power went to one of the Left Forum’s primary funders: the Rosa Luxemburg Foundation in Germany, which receives 97% of its funding from the German government. (Like Europe generally, Germany is a vassal state of the Western NATO powers who since WWII still does not have its own constitution.)

“Rosa-Lux” putatively supports progressive social movements worldwide, yet as a global NGO they are able to operate under the radar to help fulfill neoliberal objectives. For example, Rosa-Lux leveraged their “new left” façade to help whitewash the Ukrainian coup engineered by the West in alliance with neo-nazi Maidan fascists.

In terms of the Left Forum’s “sub Rosa” agenda, a primary focus is censoring all potent critiques of Zionism. To wit, in 2018, in addition to our four panels, the Left Forum likewise censored—without any explanation—a panel submitted by If Americans Knew called “Is Talking About Gaza Anti-Semitic Hate Speech, Or a Vital Step Toward Ending Oppression?”

2018 Left Forum
Despite last year's challenges, we were hopeful and confident that the Left Forum would accept our panels this year in light of their 2018 Left Forum theme, “Towards a New Strategy for the Left.” Their theme proclaimed: Unity allows for differences and embraces other voices—it does not squelch them. We do not have to block dissent and critical self-analysis.

In January, 2018, we wrote the Board to say we were delighted with their theme and hoped to work with them this year, but given the difficulties we had the year before, we requested they guarantee us that if they approved our panels, they would not renege and censor them. We were answered with silence.

So we submitted an initial panel and was verbally told it was approved and that, yes, we could go ahead and make travel arrangements. When a second panel we had submitted was held up, we phoned and were told that one of our top speakers was a “holocaust denier” and a “jerk”—a harmful, offensive, and libelous lie which mimics in toto the ADL’s censorship tactics. It was clear we were not going to have any day in court.

True to form, all five of our panels were not approved. We switched gears to produce an online conference free of antifa-riddled interference. And that is how Deep Truth: Visionaries Speak Out came to be.

The Left Forum's capitulation to shadowy pressure must be contextualized as part of a general brazen persecution of academics and activists whose alternative perspectives run counter to official versions of controversial events. Many academics—including several of our panel speakers—have been fired or suspended, almost all without reprieve. Much, but not all, of this thought-policing derives from an organized meta strategy to oppose any criticism of Israel.

The following are a few examples from the 2017 time period showing how an extreme, warped interpretation of hate speech serves to silence dissent by labeling it "antisemitic” or “conspiracy theory.” These two popular ad hominem attacks are simply updated versions of the 1950s “Communist” slur to shut down speech that challenges Official Narratives.

Censorship continues to be on the rise. The Left Forum’s heavy-handed silencing tactics mirror the pervasive banning of speech by corporate social media players like Google/YouTube and Facebook. These massive entities need to be turned into public utilities so that the power of censorship is not privatized to monopoly capital in which the public has no oversight.

A wide range of activists on both the left and the right are having their channels blocked, harassed, demonetized, and even blacked out or permanently banned by these faceless digital behemoths. Those who have been targeted include:

As with the Left Forum, when banned, there is little hope of engaging with a live human against whom one could have their day in court. Welcome to “Facebook jail” where AI bots are often the jailers. AI bots actually might be fairer than the brave new censors enlisted to provide a fig leaf of objectivity. To wit, ADL and the Southern Poverty Law Center, both with business models predicated on rooting out so-called hate speech, have created lucrative opportunities for themselves as official internet thought police.

If you parrot the Official Narratives, you have little to worry. Those who are at risk are the deep-truth tellers, the courageous souls who do not blindly accept at face value the lies and distortions propagated by the oligarchy and their public-facing puppets. Regardless of whether you have a website or post to one, continue to question and challenge authority. All you visionaries, speak out!